Visiting History: Buildings That Tell the Story of Fukui

There are many historic buildings and ruins throughout Fukui that tell us about centuries of local history. Stories of everyday life long ago, times of war and peace, and even episodes of international friendship and humanitarian acts.

The Remains of a Centuries-Old Society 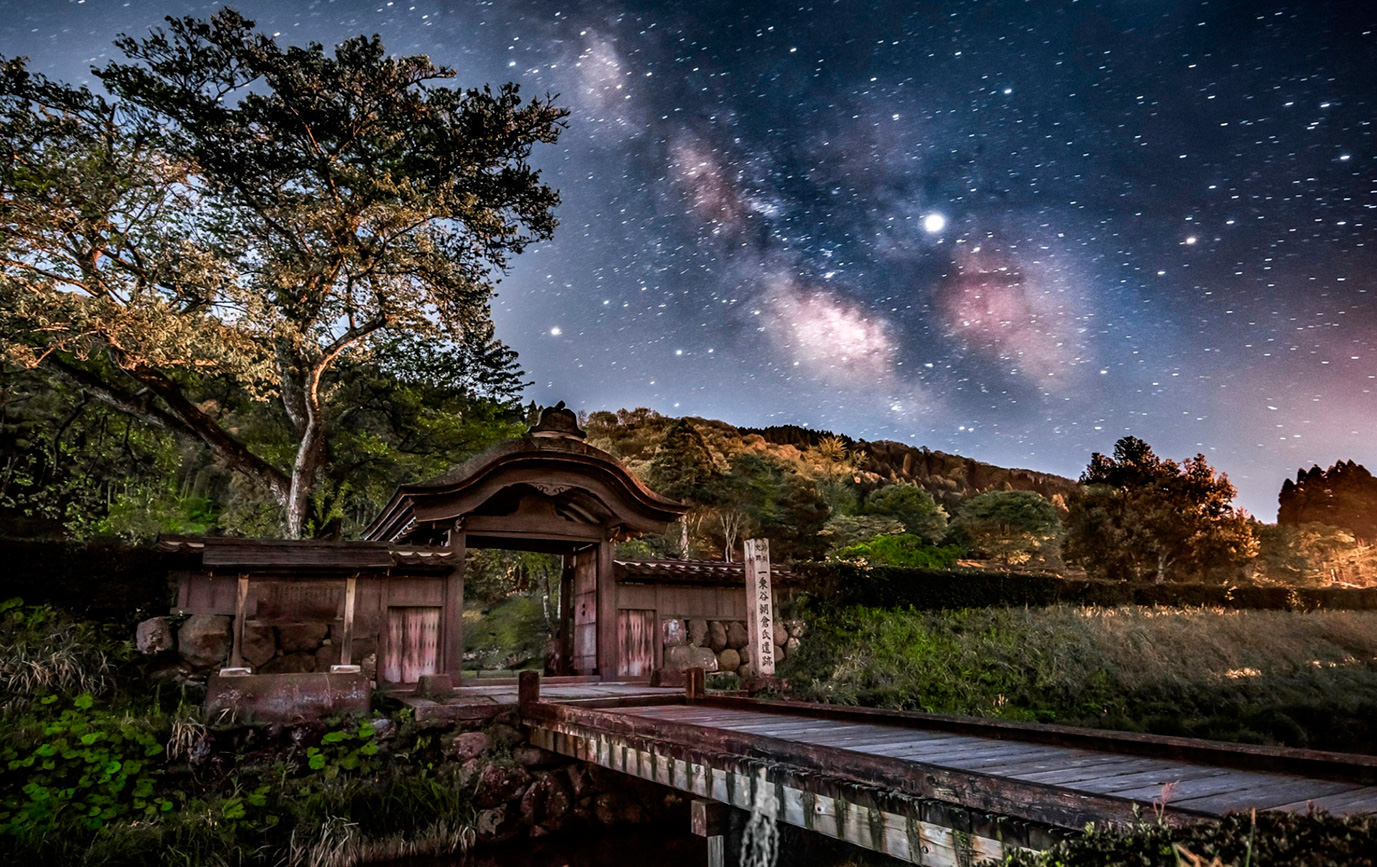 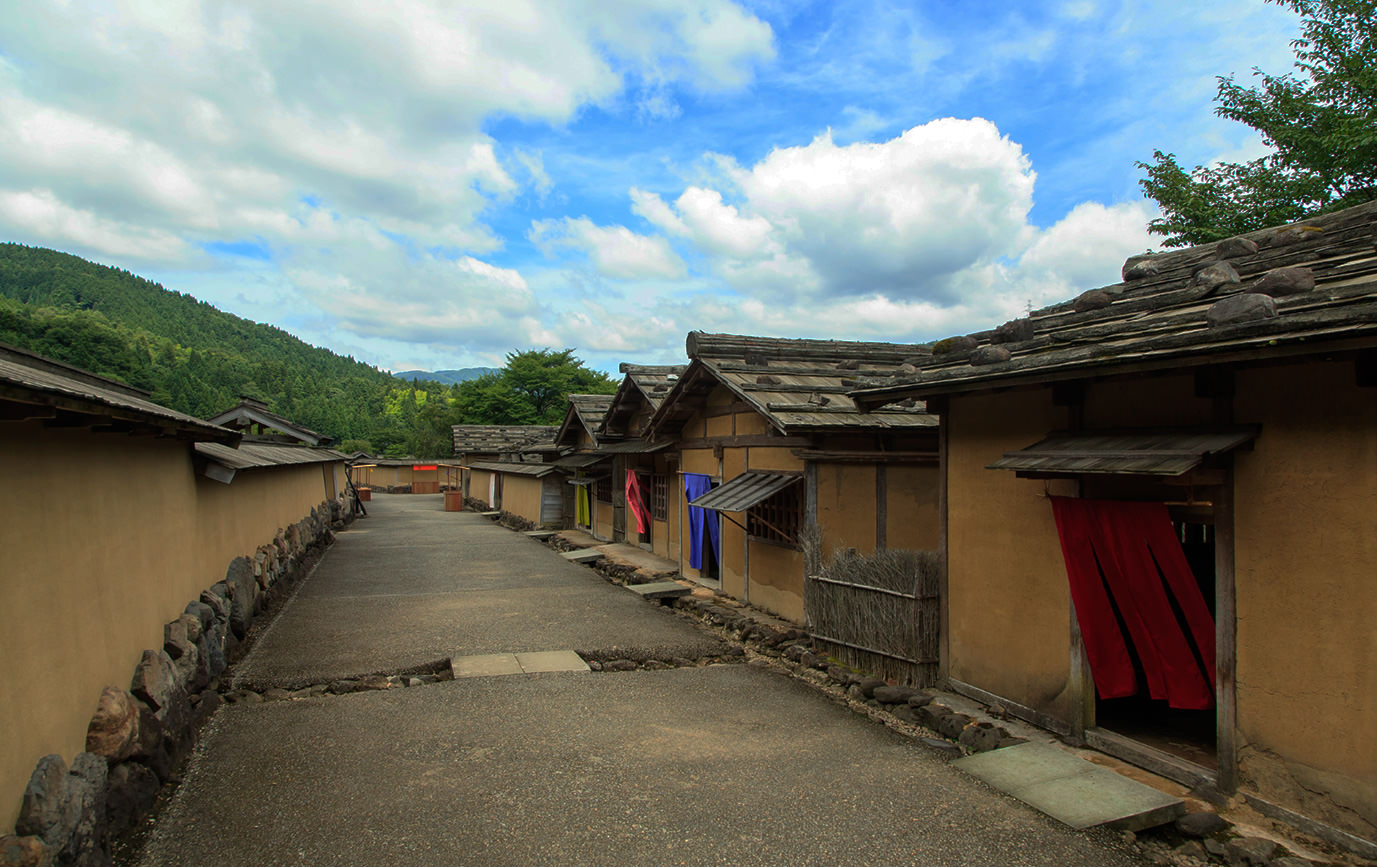 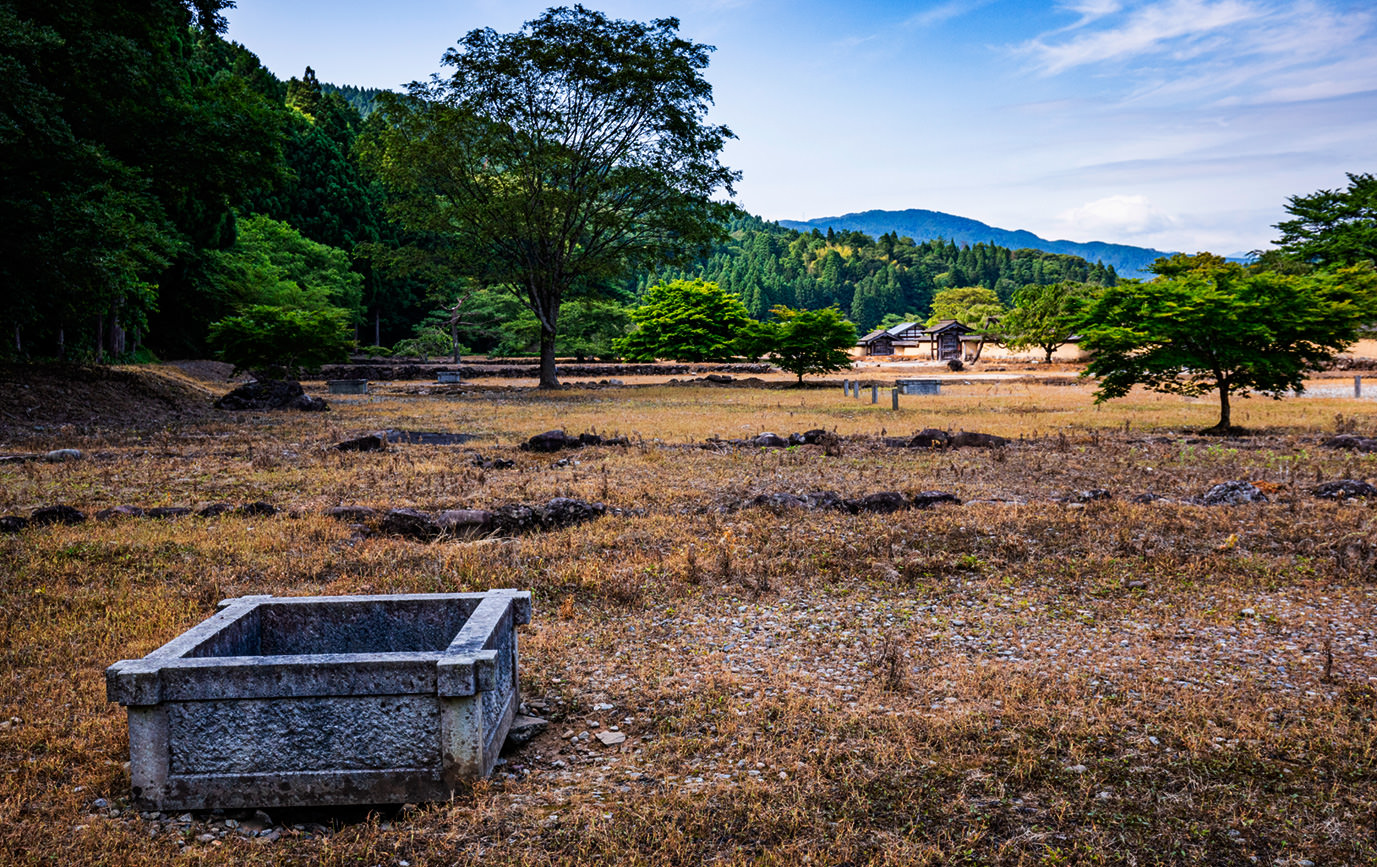 The Ichijodani Asakura Clan Ruins are Japan’s only remaining castle town ruins from the Warring States period (1467–1568). This town was a base for the Asakura clan for over a century, and its vast remains extend across some 278 hectares, along both sides of a river that flows from Ichijo Falls. During the Warring States period, the powerful Asakura warlords ruled the region from their base in Ichijodani, until they were driven out in the 1570s.

In addition to the ruins, the site has a small section that has been reconstructed, for a more hands-on glimpse into what everyday life was like in this former castle town five centuries ago, from housing to recreation. The foundations of this old town can tell us a lot about the lives people once lived here: streets lined with townhouses and temples, samurai mansions, and even four gardens. The site has been nicknamed “the Pompeii of Japan” due to the well preserved remains that provide a glimpse into the past—down to the unearthing of many pieces used to play shogi, or Japanese chess.

Historic Castles of the Edo Era 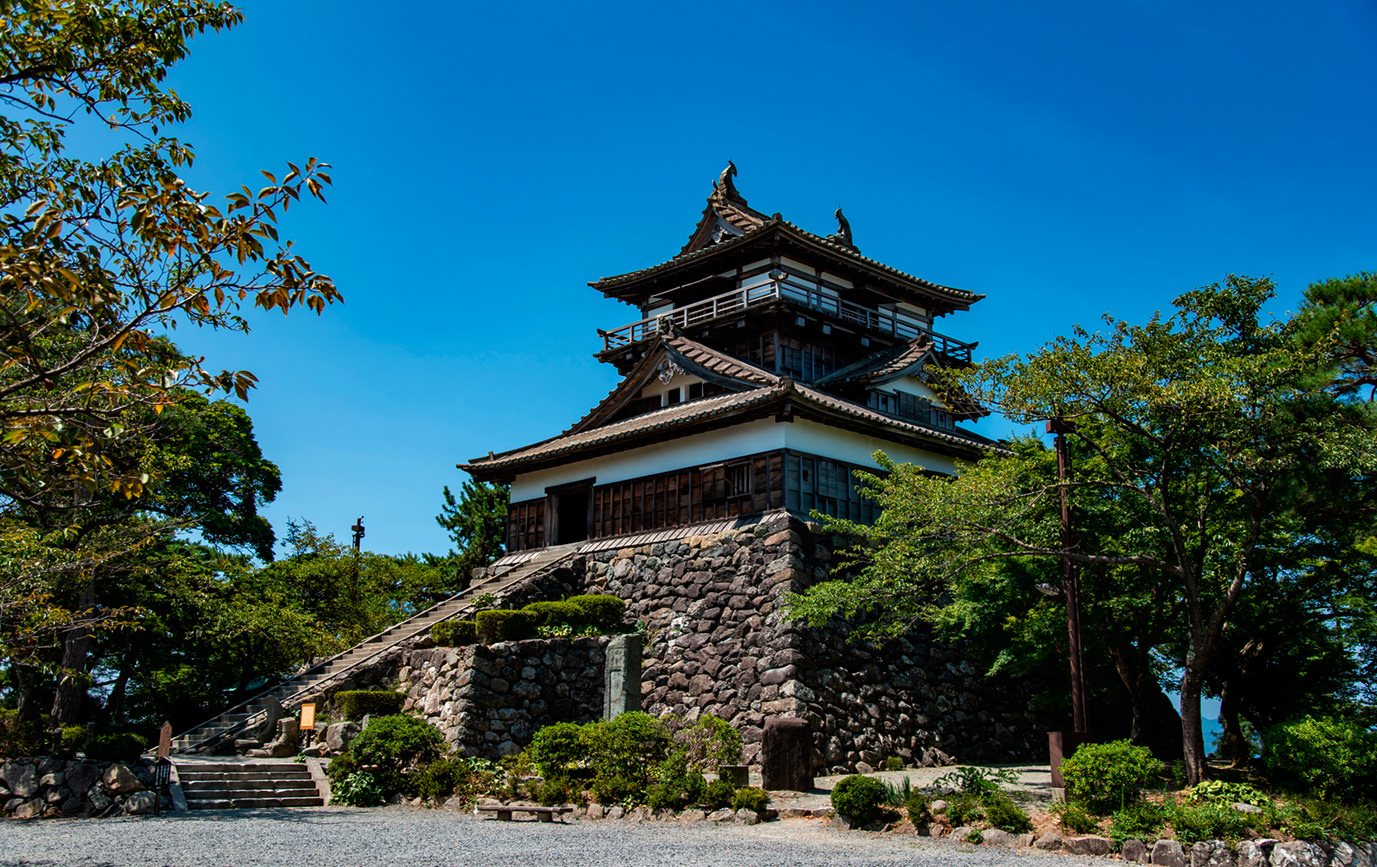 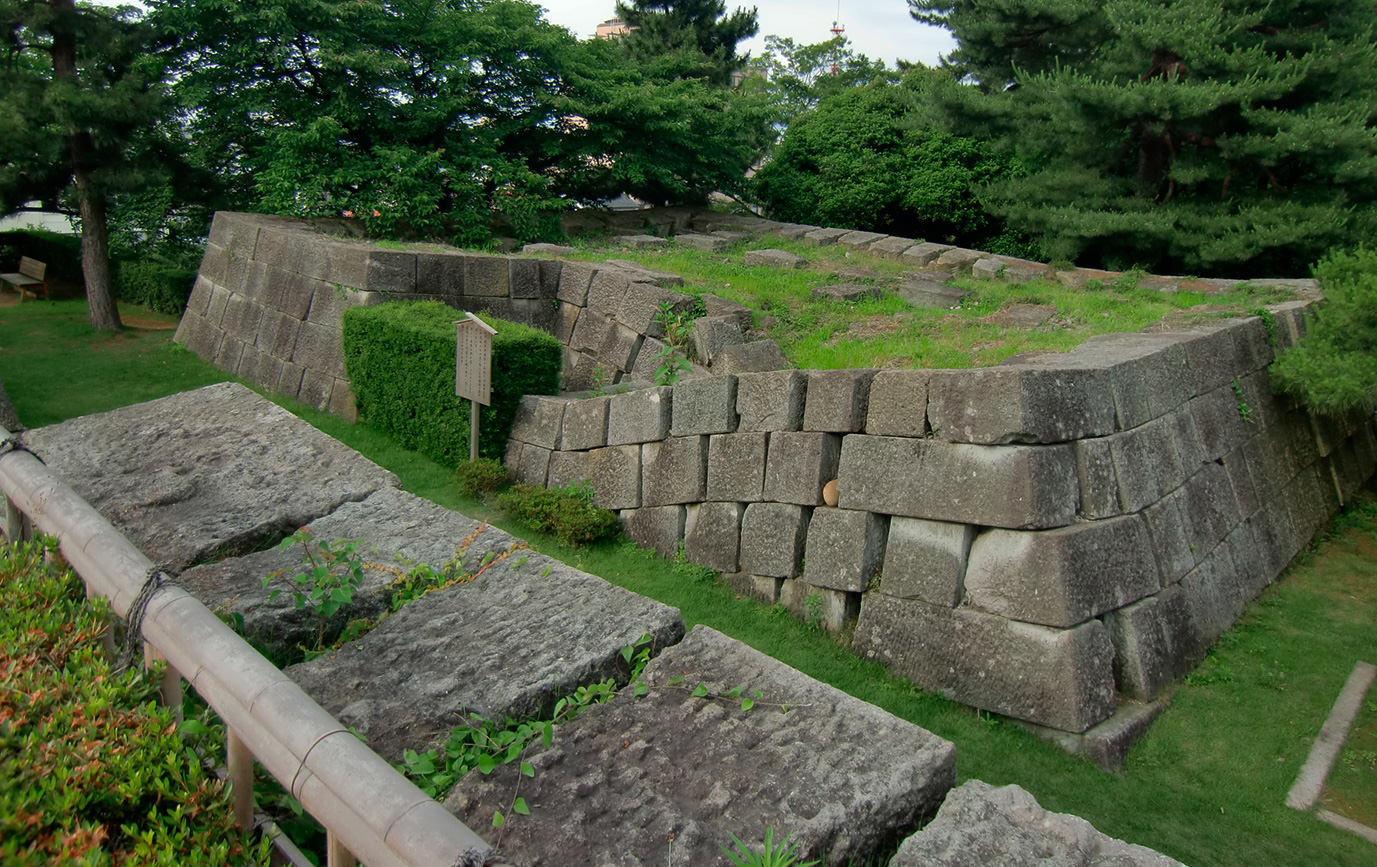 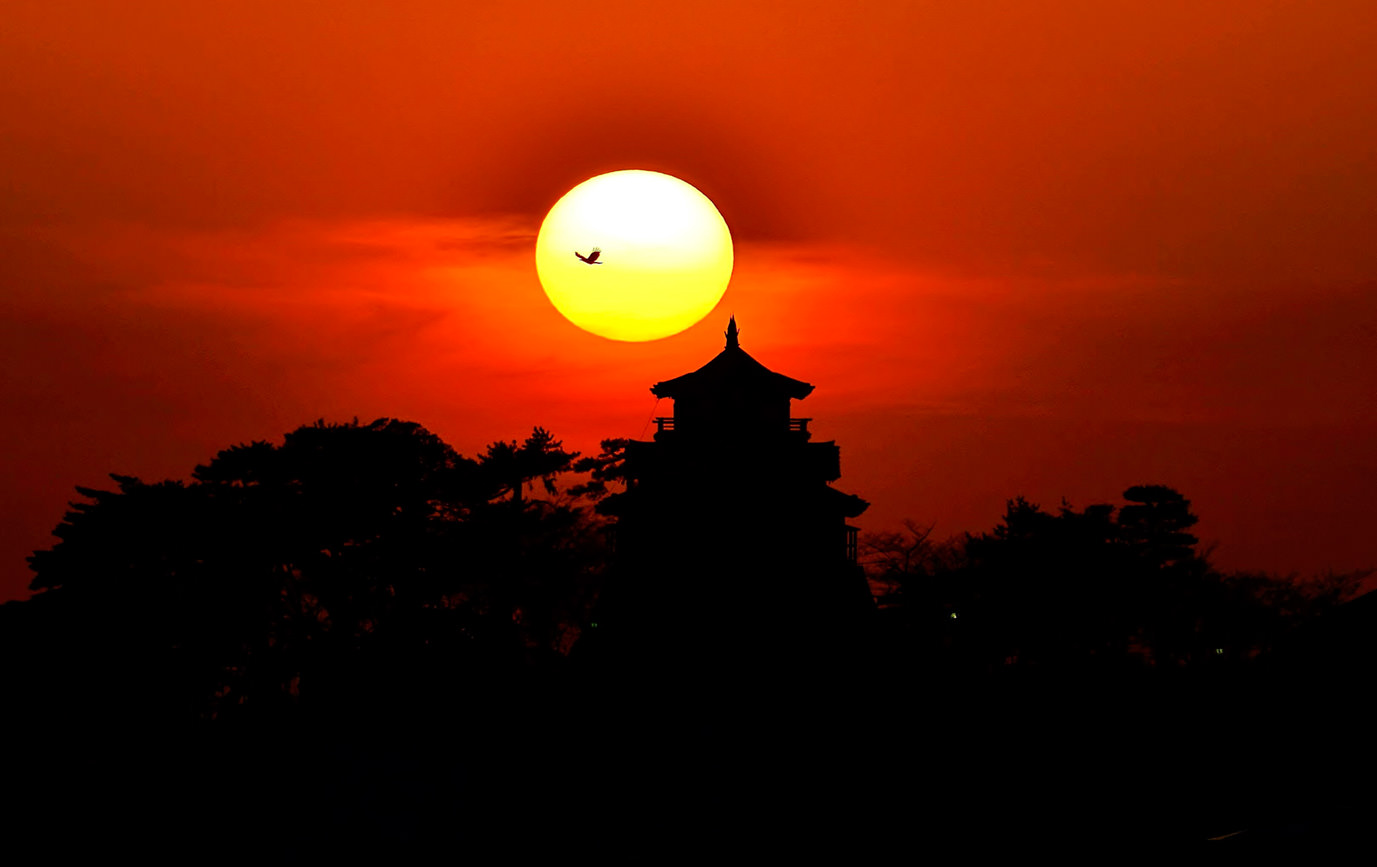 Maruoka Castle in northern Fukui dates back to 1576, and is one of only twelve original castle towers remaining in Japan today. Maruoka castle was built by Shibata Katsutoyo (d. 1583) as a base to rule the region from. Though fairly small, it served as a fortress for hundreds of years, until Emperor Meiji (1852–1912) abolished castles nationwide as a remnant of the feudal system in the 1870s. Visitors can step inside the castle and see its centuries-old wooden construction, or visit the nearby museum dedicated to the history of the castle. In the evenings, the castle is lit up with projection mapping.

Fukui Castle was built in 1606 in what is now central Fukui City, a short walk from Fukui Station. During the Edo period (1603–1868), this castle was the center of power for the Echizen Matsudaira family, the feudal lords who ruled over the Fukui domain for 17 generations. The castle once stood 37 meters tall, with a five-story tower, but was never rebuilt after it was destroyed in a fire in 1669. Below the castle was a well named Fuku-no-I (lit. “the Well of Good Luck”), which is believed to be the origin of Fukui’s name. In addition to the remains of this well, the castle’s tall outer stone walls and wide water-filled moat are still around today, with the Fukui Prefectural Government office inside where the castle once stood.

A History of Deep Ties to Other Countries

Memorials to Westernization and International Friendship 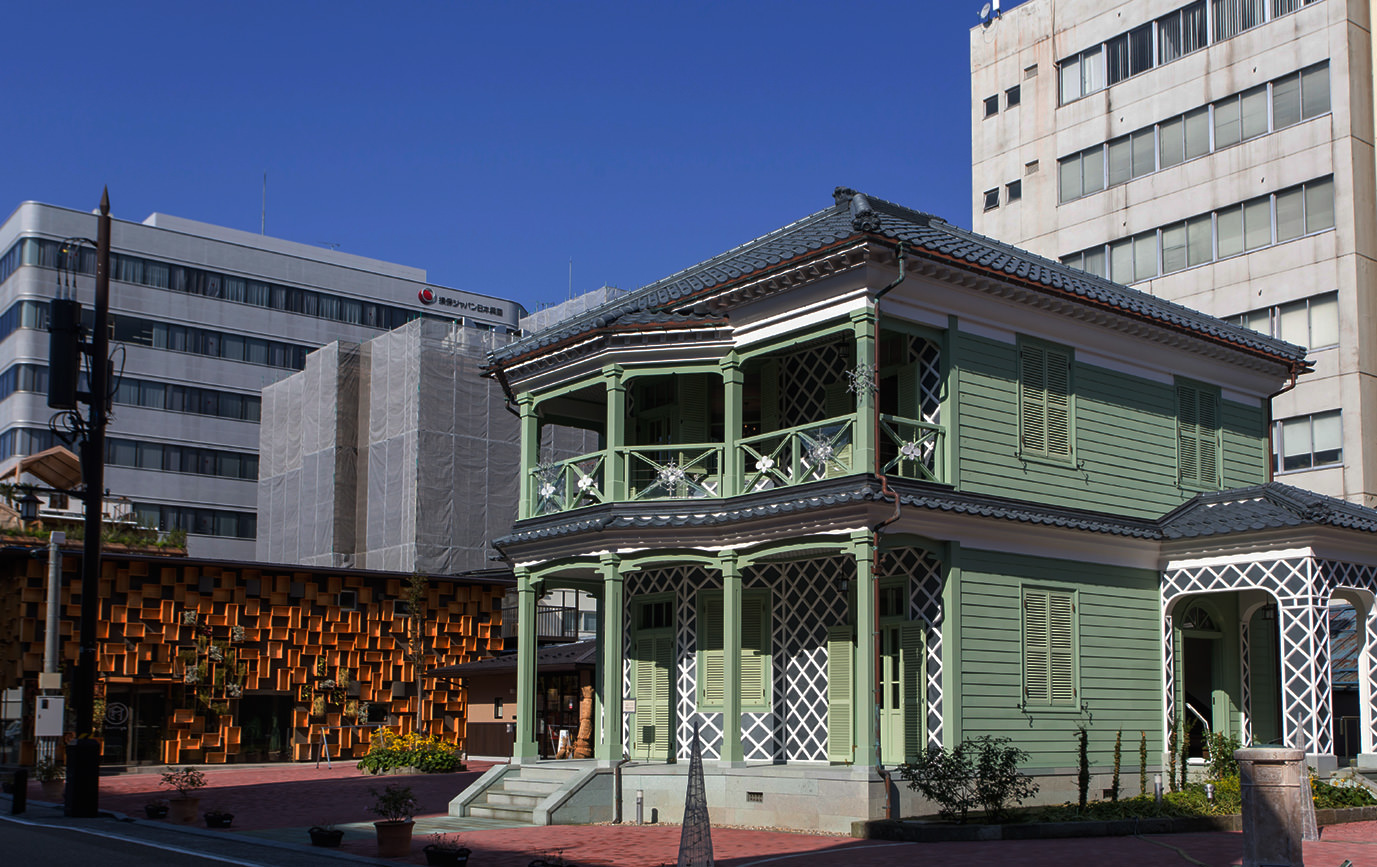 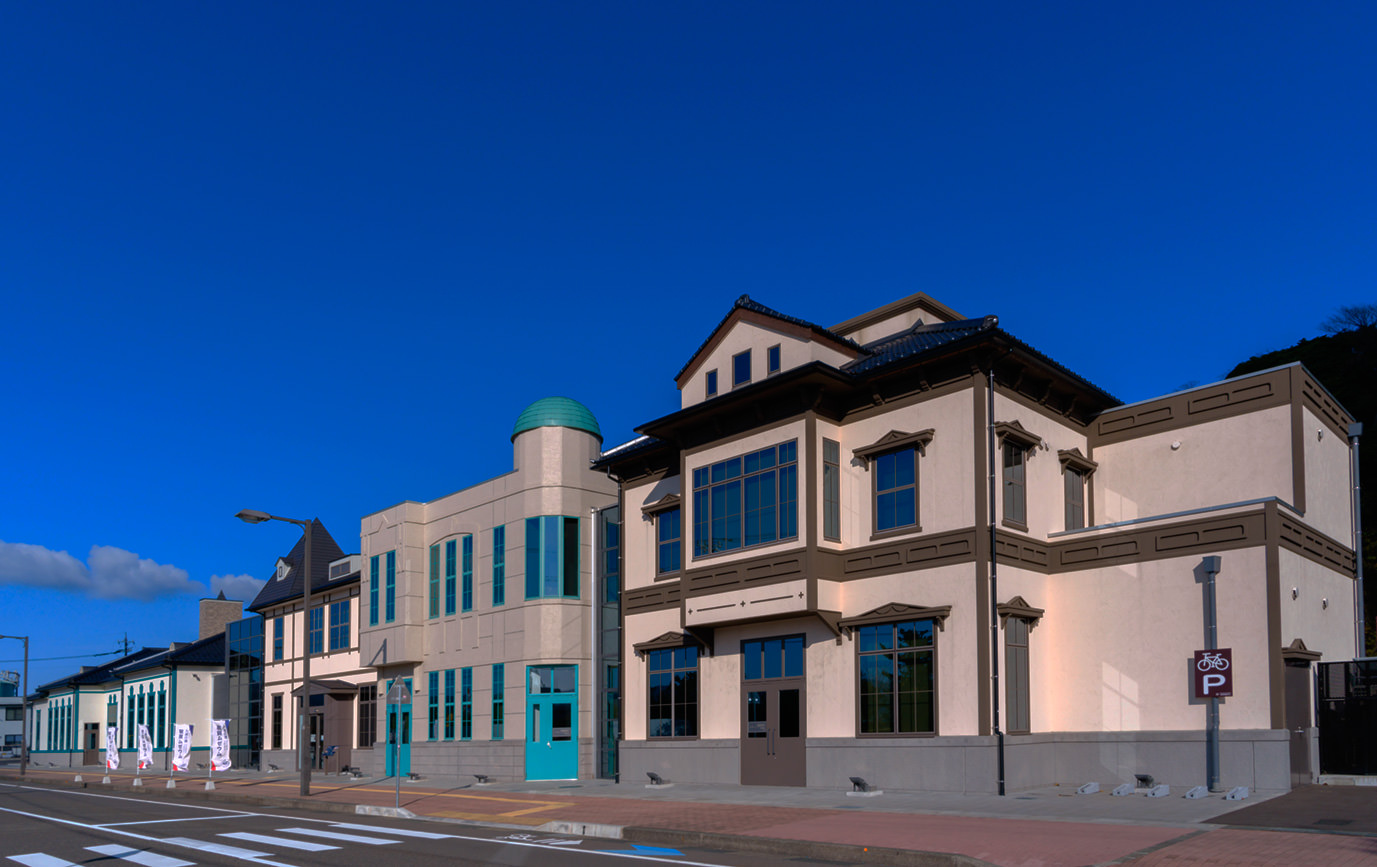 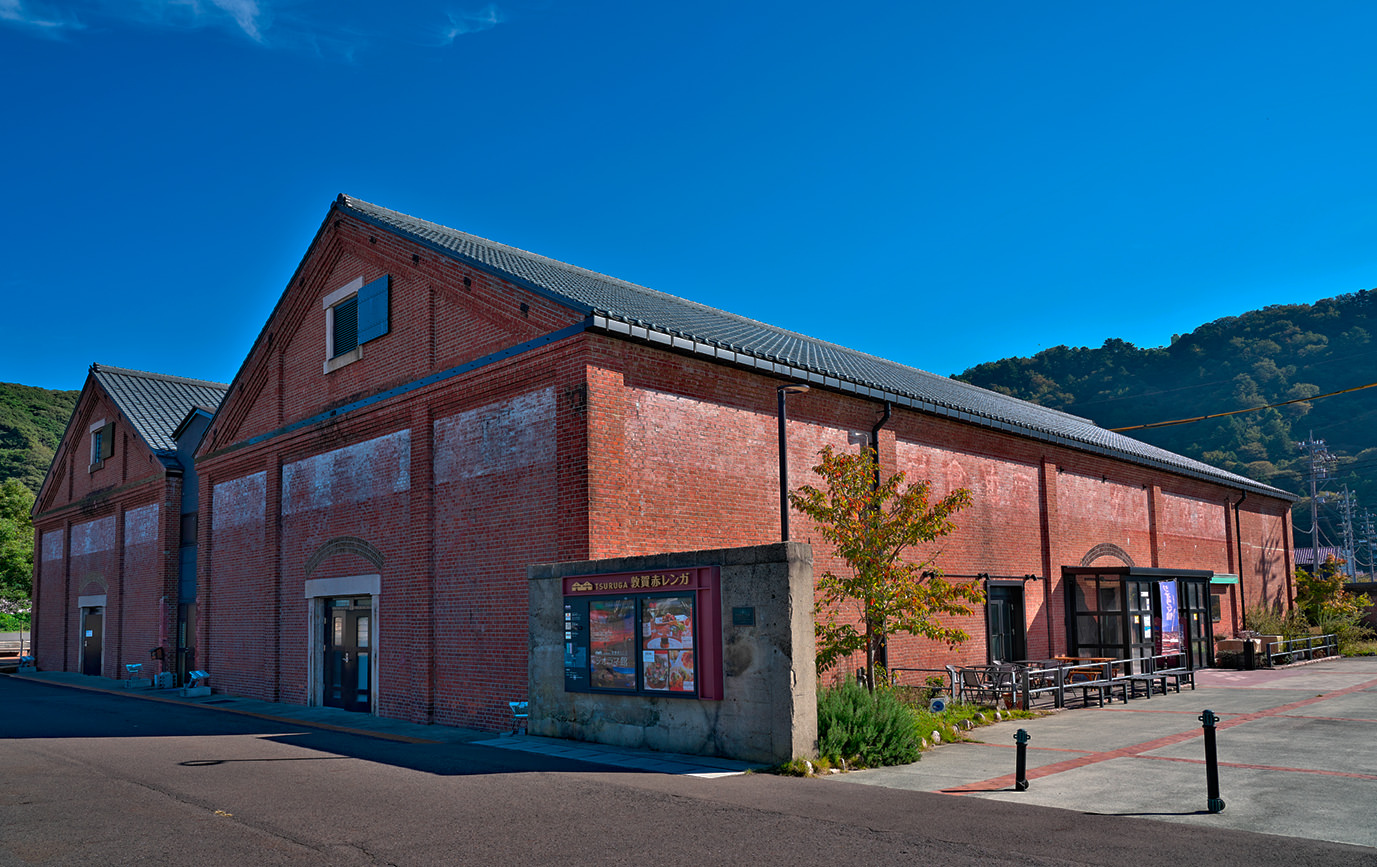 The Griffis Museum is located in Fukui City, between the nightlife districts of Katamachi and Hamamachi. This museum is a recreation of the house built for William Elliott Griffis (1843–1928), an American educator who tutored a young samurai from modern-day Fukui at a university in New Jersey. In 1871, Griffis came to Fukui to lead the modernization of the prefecture’s schools, following Japan’s reopening to the West. Alongside his work, he wrote about his experiences living in Fukui, leaving a valuable firsthand record of this era of rapid change and Westernization.

In addition to showing the history of Griffis’s time in Japan, the museum itself is an architectural embodiment of this era. It combines both Japanese and Western elements into something distinctive, yet familiar: the Western-style balcony and porch, for example, are decorated with the black tiles and thick white plaster of Japanese-style namako walls. This hybrid style is characteristic of this unique moment in Japanese history.

To the south, the Port of Humanity Tsuruga Museum tells the story of important humanitarian events that took place in Fukui. This museum focuses on the background of these events, as well as personal memories of refugees meeting the people of Tsuruga. Tsuruga Port was a major shipping hub from the late nineteenth century through the middle of the twentieth century, and in the 1920s, orphaned children from Poland entered Japan through this port. During the 1940s, thousands of Jewish refugees from Poland and Lithuania were saved by visas issued by Sugihara Chiune (1900–1986). These visas allowed the refugees to travel through Japan and onward to safety, and many entered the country through Tsuruga after long, dangerous travels. Today, this museum features a distinctive exterior based on four buildings that were once part of Tsuruga Port, with architectural styles representative of this era of internationalization. Just around the corner is the Tsuruga Red Brick Warehouse, another museum of Tsuruga Port’s history. 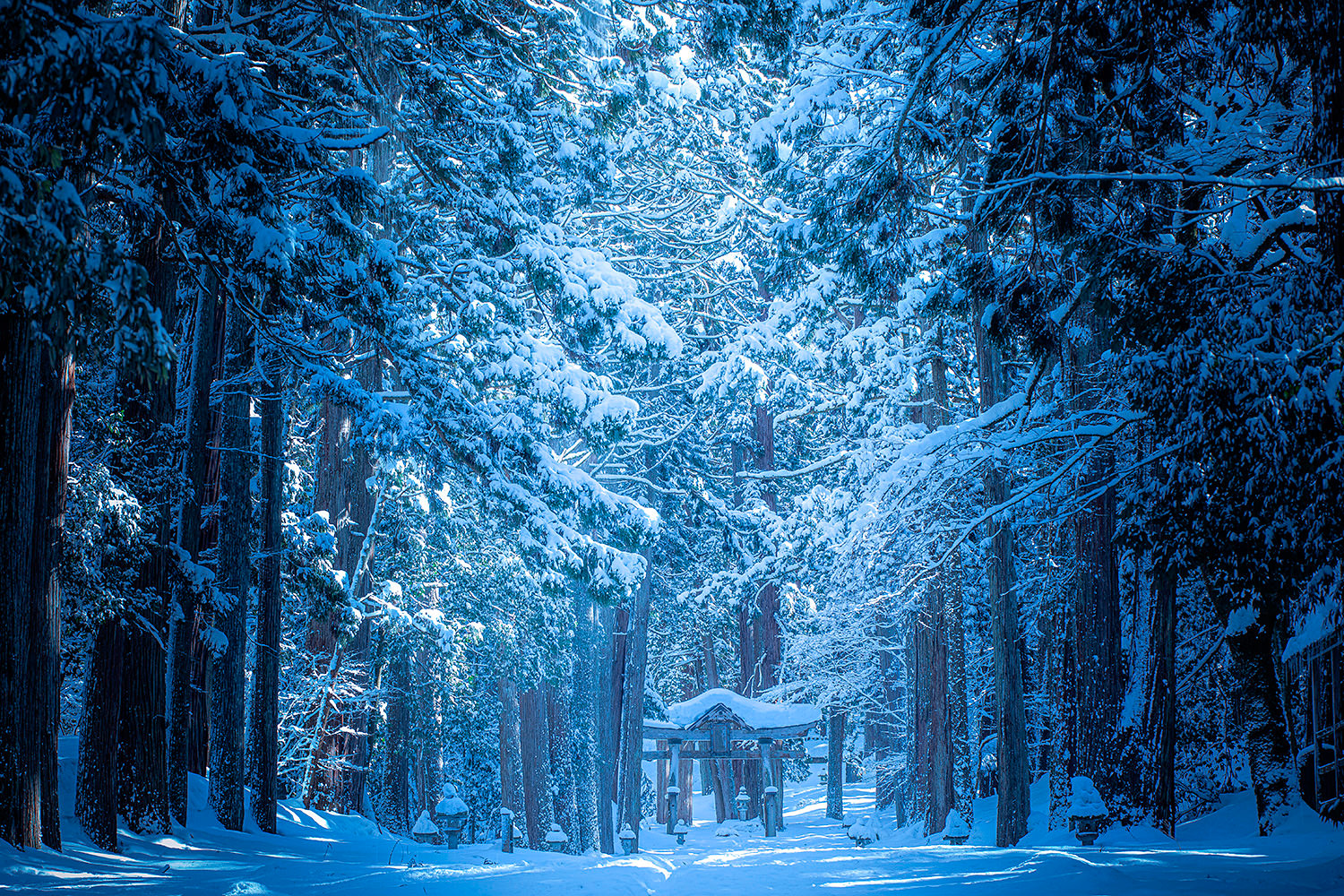